BattleBots 2021: Live Robot Fighting like you’ve never seen before. You could be seen on TV!

3-4 hours of insane robot combat action taking place before your very eyes! Come and be part of our live audience and experience the TV taping of the 2021 BattleBots!

The hit show BattleBots is back, where world-class fighting machines battle to the death in the hopes of winning the most prestigious prize in Sports: The Giant Nut. We’ll be descending upon Las Vegas, NV to do glorious battle in front of live audiences. We’ll have two ticketed sessions per day starting August 23rd through September 4th (except dark days – see schedule below) culminating in the crowning of the 2021 BattleBots World Champion. Don’t miss the spectacle of live robot combat—get your tickets now!

We’re filming a brand new television series and YOU can be part of the live audience. Not only will you witness the awesome spectacle of robot-on-robot, gear-grinding mayhem, but you might also be seen on the new TV show!

So get your tickets now! Space is limited! Bring your friends, bring your family, have a great time and experience the robot fighting awesome saucesomeness that is BattleBots! 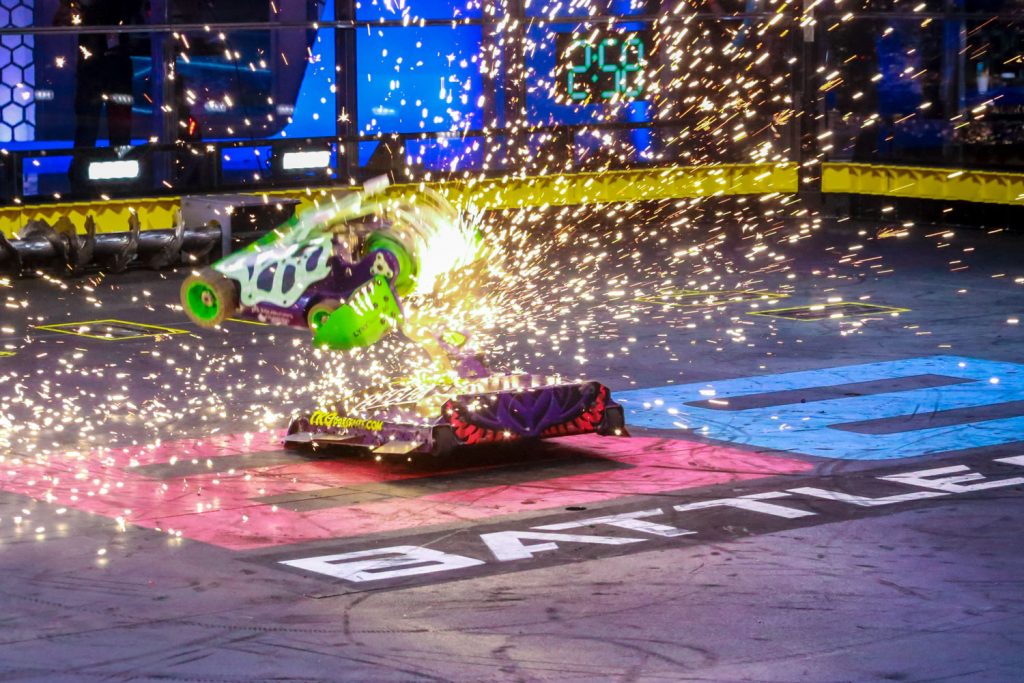 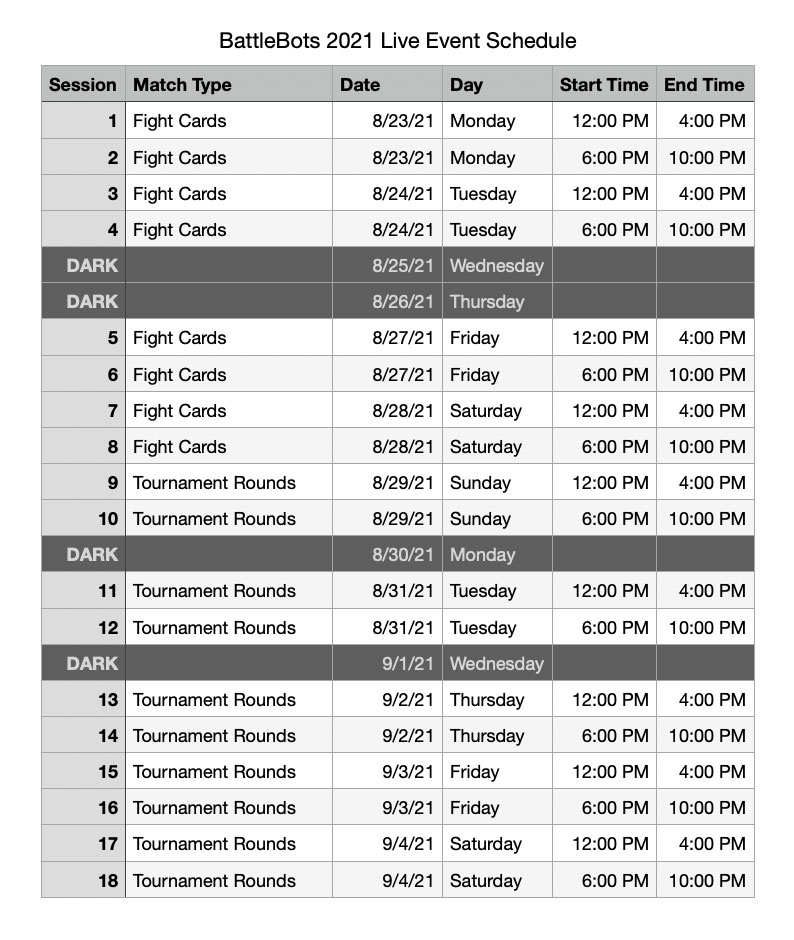