Get tickets to BattleBots 2020!

Live Robot Fighting like you’ve never seen before.
You could be seen on TV!

Tickets are ON SALE NOW for BattleBots 2020 taking place April 3-15 in Long Beach CA. Just click over to our Eventbrite page and purchase your tickets today!

The hit show BattleBots is back, where world-class fighting machines battle to the death in the hopes of winning the most prestigious prize in Sports: The Giant Nut. Once again, we’ll be descending upon Long Beach, CA to do glorious battle in front of live audiences. We’ll have two ticketed sessions per day starting April 3rd through April 15th (except dark days – see schedule below) culminating in the crowning of the 2020 BattleBots World Champion. Don’t miss the spectacle of live robot combat—get your tickets now!

We’re filming a brand new television series and YOU can be part of the live audience. Not only will you witness the awesome spectacle of robot-on-robot, gear-grinding mayhem, but you might also be seen on the new TV show!

So get your tickets now! Space is limited! Bring your friends, bring your family, have a great time and experience the robot fighting awesome saucesomeness that is BattleBots! 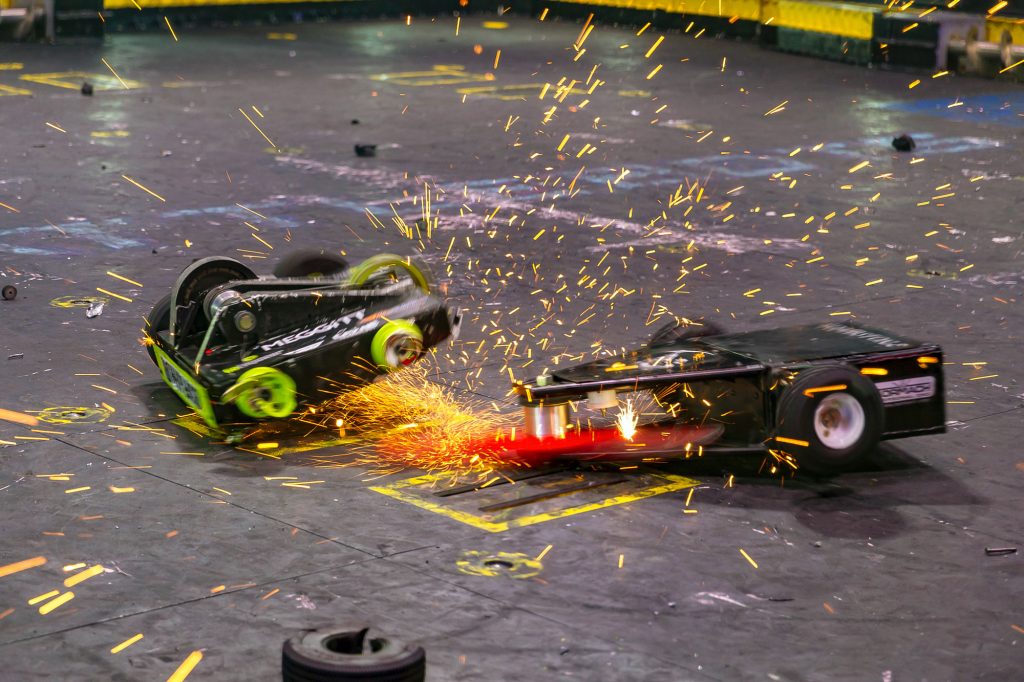 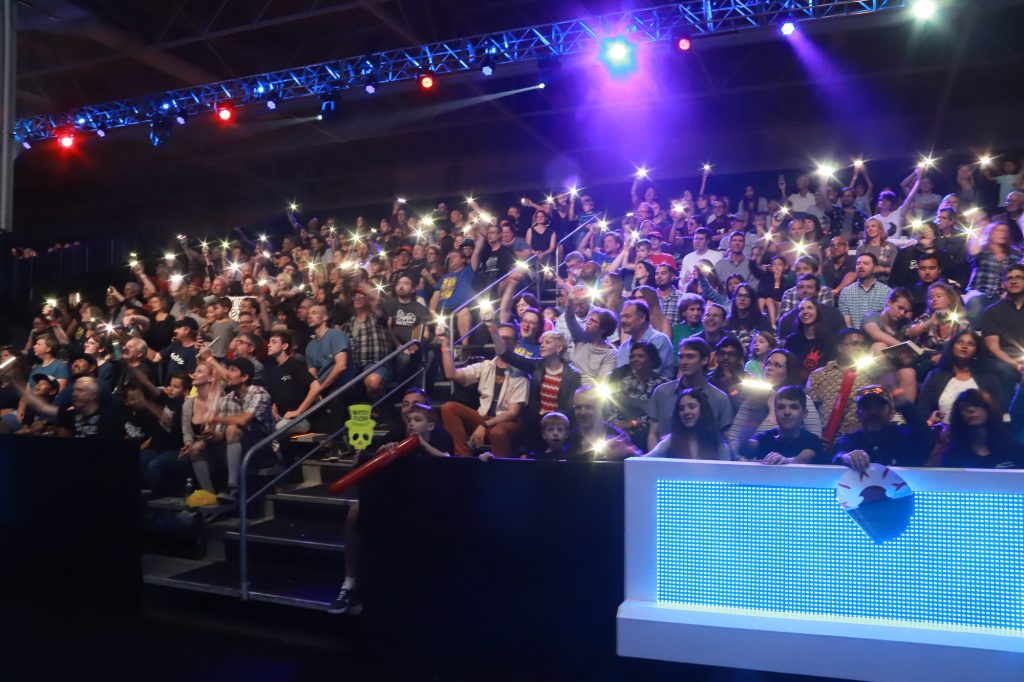 For the ultimate BattleBots experience come as a VIP! 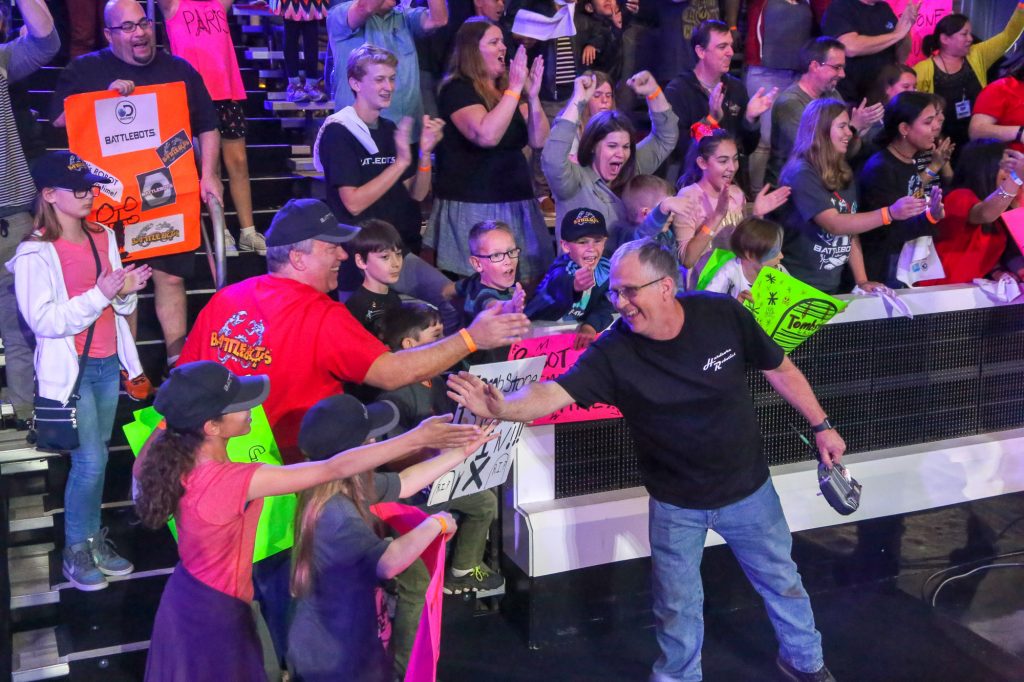 VIP ticket holders will enjoy an exclusive, guided tour of the BattleBots backstage area, including the Pit: the massive area where builders prepare their bots for battle. A wise bot builder once said, “The Giant Nut isn’t won in the BattleBox, it’s won in the Pit.” Witness the struggle, see the robot builders in their native habitat, and watch how it all goes down backstage at BattleBots!

Pit Tours will occur either an hour before showtime (Pre-Show Pit Tour), or directly after showtime (Post Show Pit Tour). When purchasing your VIP tickets please choose whether your want your Pit Tour to be Pre or Post-Show. Tours will be on a tight, rotating schedule so please be on time.

If you select a Pre-Show Pit Tour be sure to show up at least 1-hour before showtime (earlier the better). Post-Show Pit Tours will begin directly after the show concludes. Our VIP Coordinator will greet you on site and schedule your Pre or Post-show Pit Tour on a first-come-first-served basis.

NOTE: There will be some outstanding photo opportunities during the tour. However, no photography or video will be allowed in the actual pit area. This is to prevent accidential spoilers of the TV show. 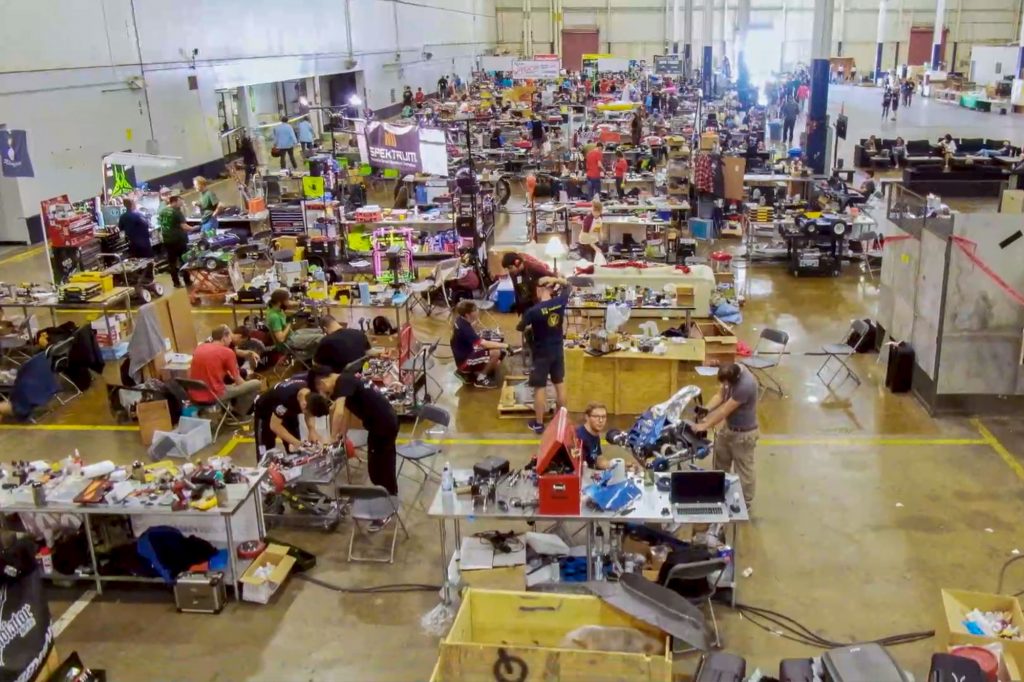 If you’ve seen BattleBots on TV, you’ll know that Main Event robots enter through a tunnel where they wave to the audience before their big match. BattleBots is excited to announce that we have a limited number of seats available that are right next to this tunnel, and they offer a unique experience that the other seating options don’t deliver: 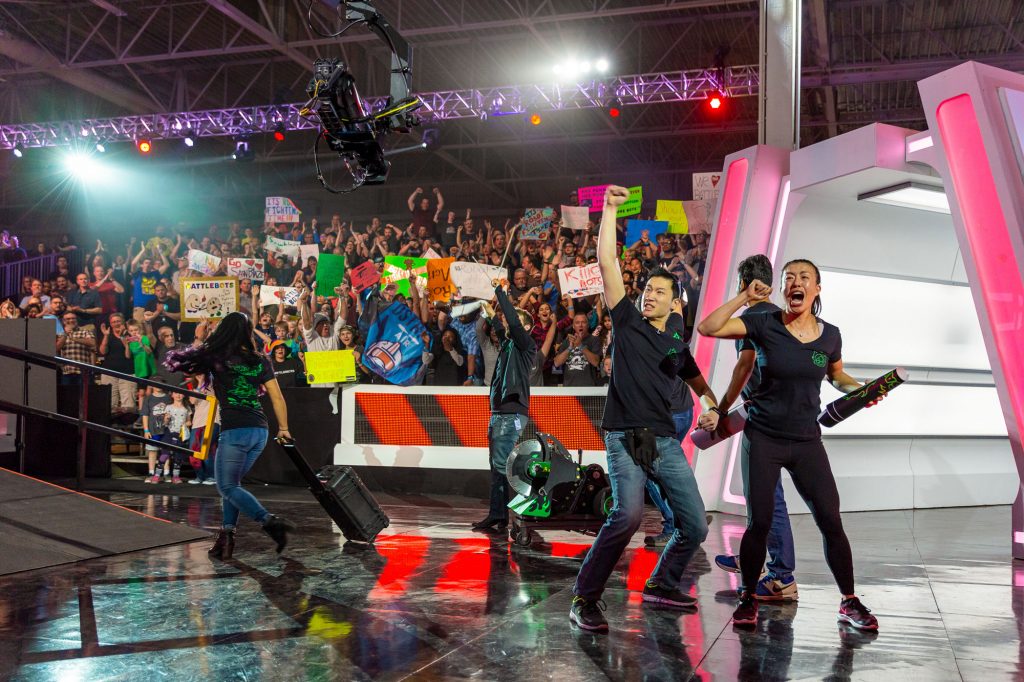 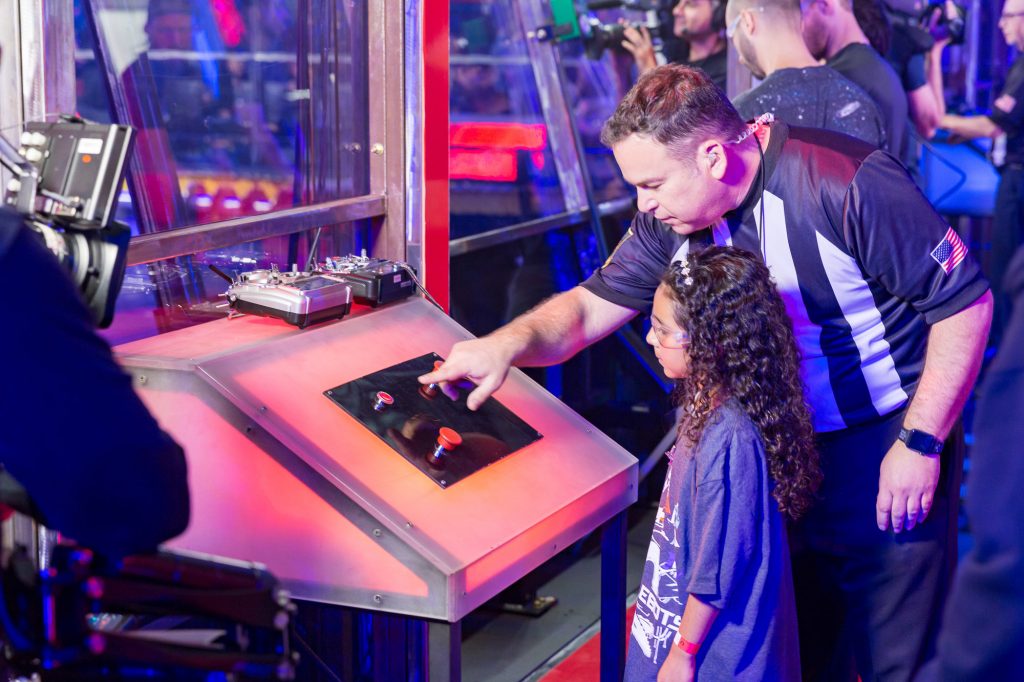 When purchasing weeday tickets you’ll see a second price catagory called the Weekday Saver Special. Choose that price as it will get you $10.00 off weekday tickets. This discount is good for both General and VIP weekday tickets (excluding Friday evenings and Tunnel Tickets). 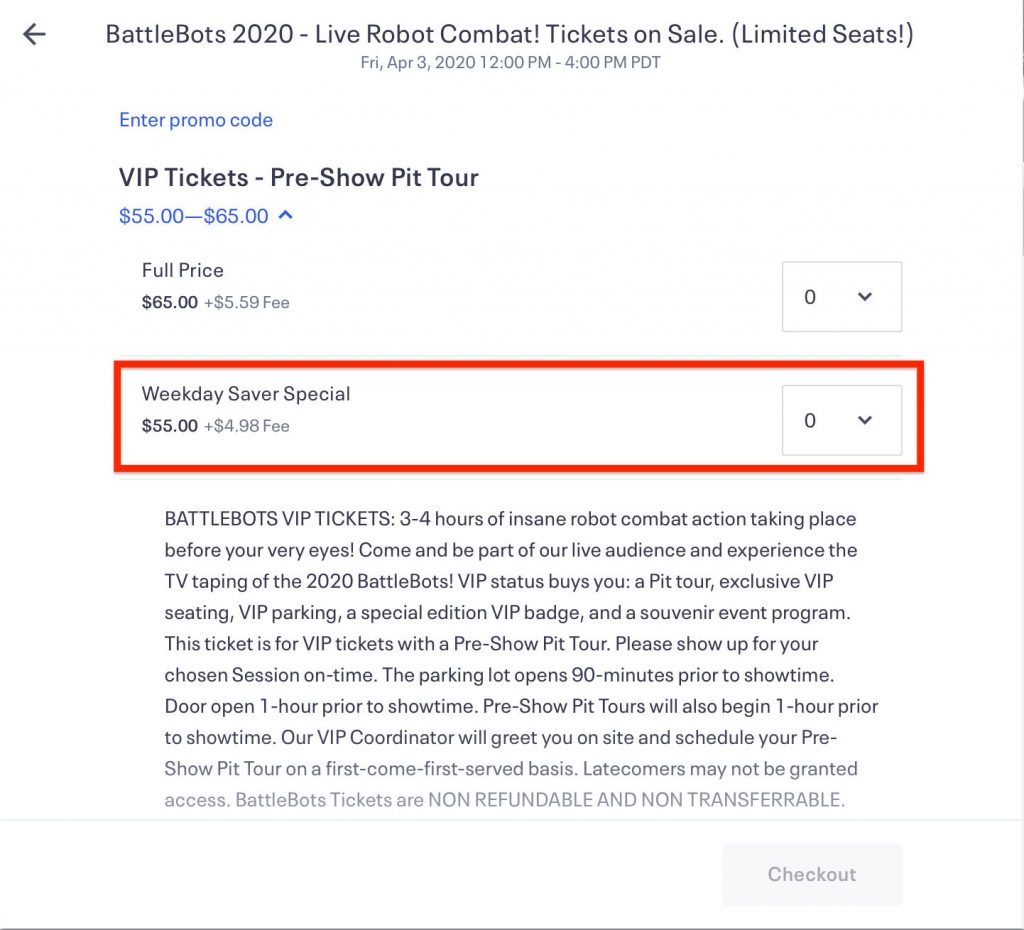 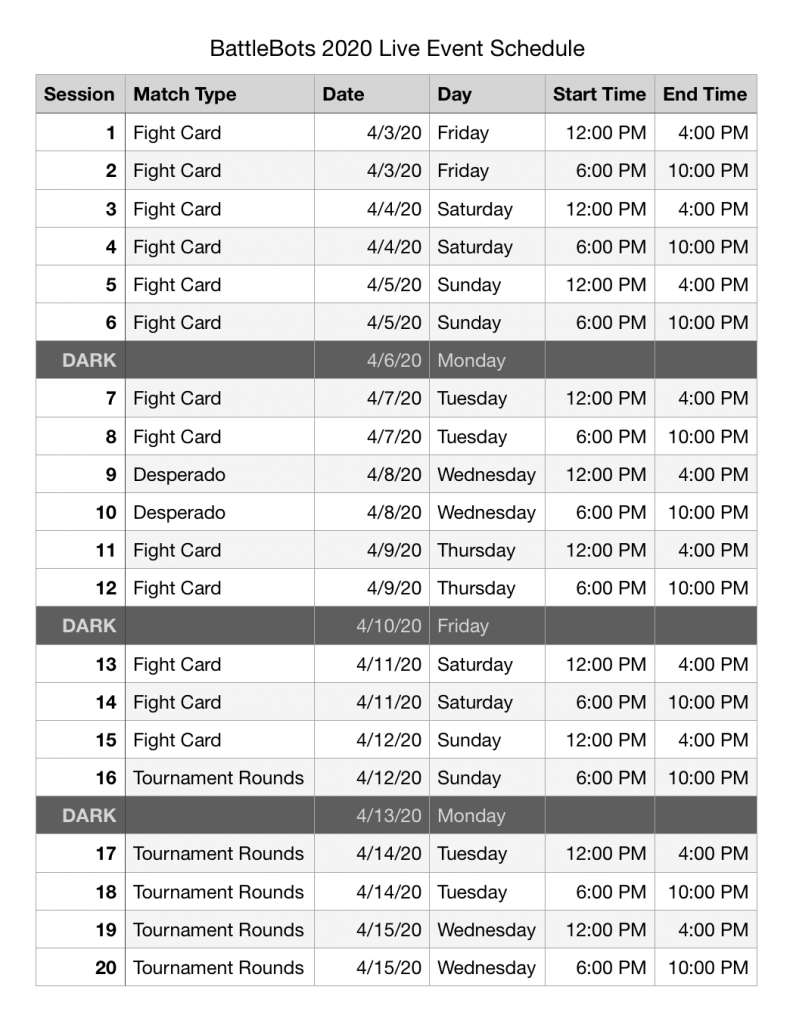 This is a TV taping so expect delays. We’ll do our best to bring the fights out as quickly as possible but we need to capture all the required shots for the TV show (some of which might include you!). Your patience is greatly appreciated. That said, bring a small cushion, some water (no glass bottles) and settle in for a fantastic spectacle you’ll never forget. 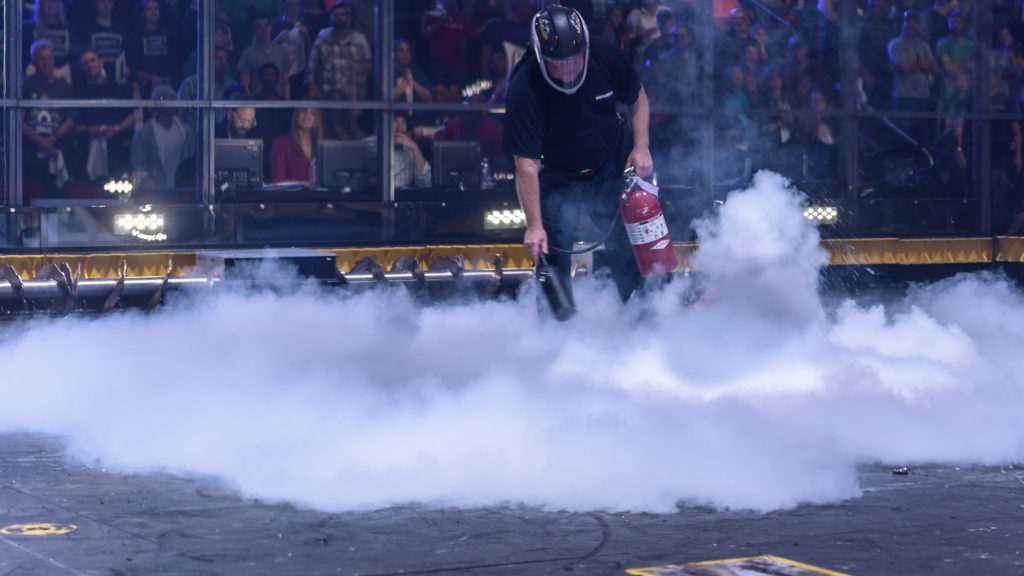 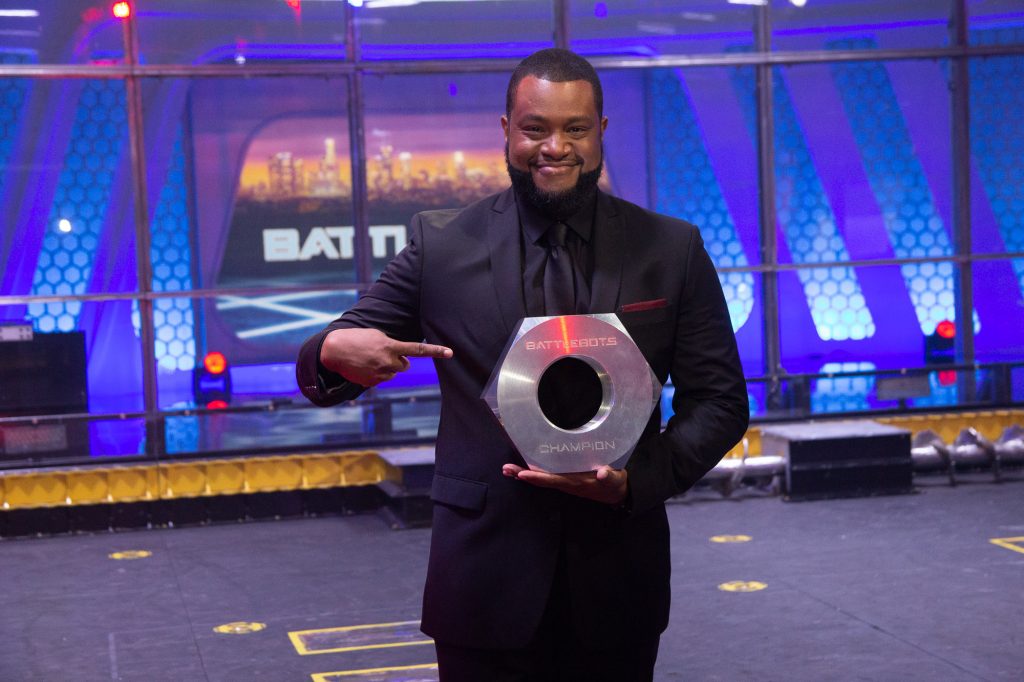 Parking is FREE and available on site at parking lot 8 (we’ll have signs out to direct you):

NOTE: When searching this address in Google Maps, the city may change to Lakewood, CA. Don’t worry – Lakewood and Long Beach are interchangeable as Lakewood is on the border of Long Beach CA, adjacent to the Long Beach airport. 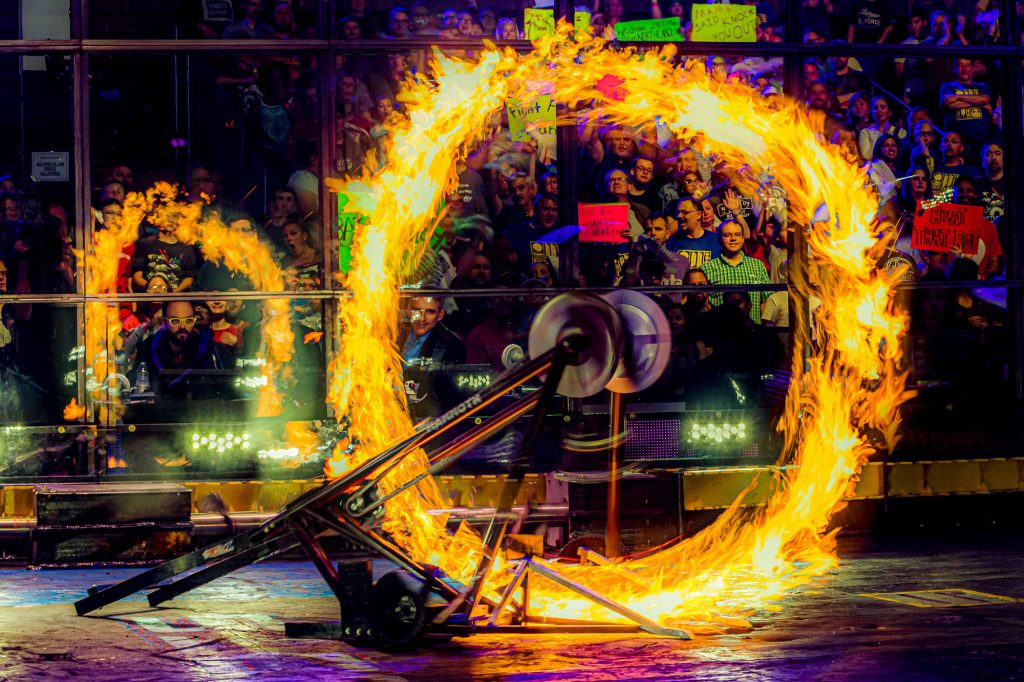 Food and cool BattleBots merchandise will be available for purchase. 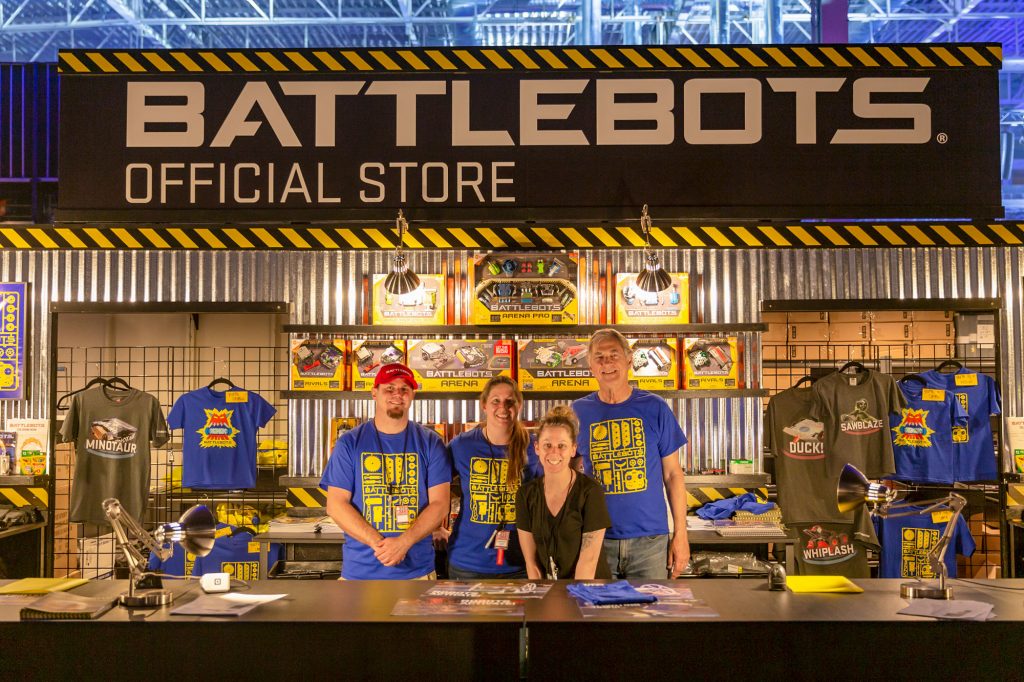